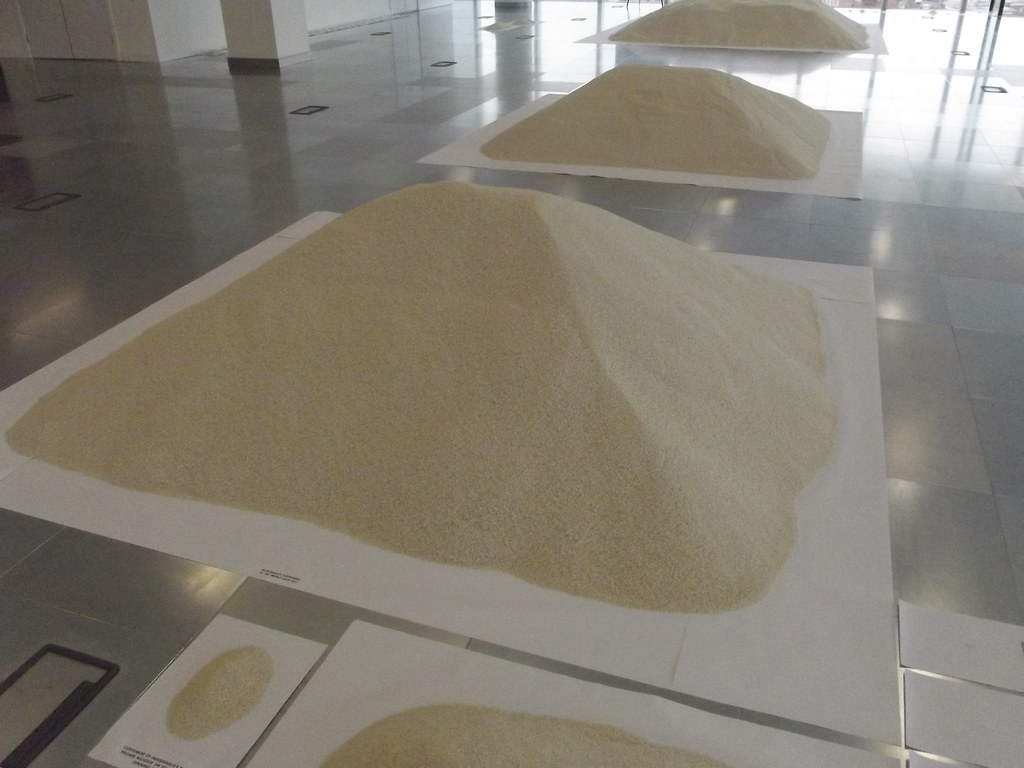 Myself and Mike Cummins went to Belfast the other weekend for Open Data Camp 5. The following is a write up and some thoughts about the session that Amy Evans from Open Data Institute (ODI) Leeds ran on Open Data and Art.

The Session: Open Data As Art

Amy started by introducing herself. She is the social media and communications lead at ODI Leeds as well as being their go to person for visual work. She has a background in Visual Communication, specifically Illustration.

Amy highlighted the Big Bang Data exhibition at Somerset House as being an example of open data art and said that her interest in running the session was to discover other examples.

As well as the Big Bang Data exhibition, last year Somerset House also hosted Julie Freeman’s A Naked Mole-Rat Eutopia, which was described as “a contemporary art installation ‘powered’ by live data from a naked mole-rat colony”. Julie is Art Associate at the Open Data Institute where she initiated the Data as Culture art programme.

How open data art can also inform was a particular interest of Amy’s and one excellent example of this was Waterlight, by Dutch artist Daan Roosegaarde. Set on a flood plain near Arnhem, in the Netherlands. Waterlight used lasers to create a virtual ‘Northern Light’ over the area, suggesting a river flood of three meters. This was a collaboration between Roosegaarde and the local water board to raise awareness of the importance of the country’s flood defences.

Of All The People In All The World by Stan’s Cafe from Birmingham (see image at the top of this post) is an ongoing show/project that has been taken around the world. Grains of rice are used to represent a range of human statistics, such as the number of people who have walked on the moon or the number of people who died in the Holocaust. The effect of the work is often in the juxtaposition of different statistics. This can be, in turn, “moving, shocking, celebratory, witty and thought provoking.”

Nikki Pugh’s Orrery is “A physical object with elements that are raised, rotated, rattled and illuminated, the Orrery is driven by the same GPS data as the map-based tracking websites, but rather than showing us where the rider is, how far they have gone and how fast they are moving, it instead conveys something of the moment-to-moment experience of being on the bike. Is the rider struggling up a hill, experiencing an exhilarating descent, battling a headwind or immersed in the arriving dawn?” 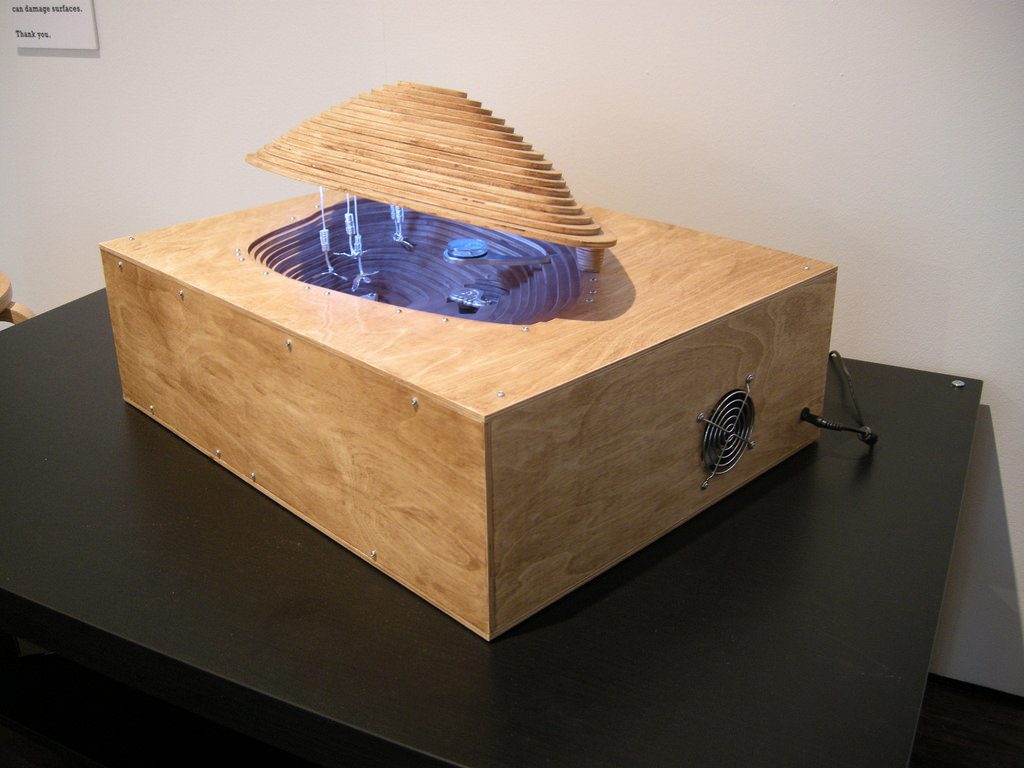 Rich Hall from Collusion waited until very nearly the end of the session and then produced the most extensive list of artists and their data driven projects. This included:

Rich also made the observation that art/tech talks can be a good way of getting people from different disciplines together and that hosts should pay artists to give such talks.

In Birmingham we have examples such as the Collaborative Arts Triple Helix (CATH) project, Birmingham Open Media Lab and STEAMhouse as just a few projects that have, are and will bring together artists and people from scientific backgrounds to collaborate on projects.

I think it is interesting that the examples given include some that use Open Data, but that many of them come from a wider range of sources. For instance, there is a rich and varied amount of work being done by artists in and around privacy in the digital age and I think this is represented above.

Many thanks to Amy for hosting the session and to all the attendees, especially Elspeth Body whose notes this blog post are based on.